Hello friends,
In today's article, we will know about such a scheme in Andhra Pradesh implemented in 2016 by which Chandrababu Naidu's TDP government and K. Chandrashekhar Rao's government miraculously stopped the rising mother-infant rate to death ratio in 2016.

In today's article, we will know what was the E-Sadhana scheme, what were its benefits, and how the government came to know about that scheme. All the information related to this which is about that scheme is important for you to know.

It is not a long time ago, when the fear of deaths of pregnant women, mothers, and babies in the states of Andhra Pradesh and Telangana between 2007 and 2018 was skyrocketing, at that time the state governments were immersed in worry.

At the same time the then Chief Minister of Andhra Pradesh and Chief Minister of Telangana Shri Chandrababu Naidu and Shri K. Chandrashekhar Rao suggested a means by which the facilities provided by the government to the pregnant women living in the village could be monitored.

The government believed that the facilities which are being provided are complete, but these facilities, food grains, and nutrition materials were not reaching those women because in the middle, due to some form of corrupt officials, those goods used to be black-marketed.

Therefore, the governments suggested that there should be a medium through which the facilities which the government should give them for social development and the benefit of the disadvantaged sections, must reach them.

For this, in 2016 the Government of Andhra Pradesh and the Government of Telangana created the E-Sadhana (e-Sadhana) platform to keep an eye on and take care of the needy until those facilities reach those needy.

Efforts were made to achieve the goal of social welfare and welfare state through spiritual practice. This effort was made by the government of Telangana and Andhra Pradesh in 2016.

The main focus of this scheme was pregnant women and malnourished children. The State Governments were trying that through this scheme they could be successful in preventing malnutrition, terrible mortality due to malnutrition, and mass migrations in the villages of the State.

Through e-sadhana, both the state governments were trying to provide the right diet and right health to pregnant women and malnourished mothers.

Along with this, their health can also be monitored, so the nutrition and health tracking system scheme was started through e-Sadhana.

Poshan Abhiyan was started through E Saadhna, through which it could be found from the online portal itself that which government ration shop distributed ration to how many people and how many people took ration.

Monthly progress reports and Anganwadi reports can also be viewed through this, all reports can be seen in a few seconds in an online portal.

Memorandum regarding schemes of AWH/AWC recruitment and instructions regarding them, mapping of data of Anganwadi centers, information of employees associated with this scheme and their management, account of expenditure, the account of supply of items, and issued for this scheme Information like analysis of budget done, etc. can be found only on one portal.

There are two official portals for e-Sadhana

And a portal Telangana Government https://wdcw.tg.nic.in

Login to the web portal of e Sadhana Tg (Telangana) 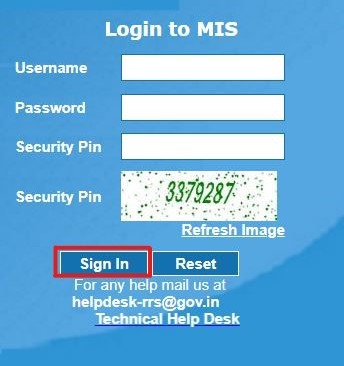 • After this you will be able to see all your data related to it.

• Once you are logged in e sadhana ts,  you will be able to access all the information related to MPR, AWH/AWC, and all the data without any barrier.

• This system also works to make the work of women's welfare and child development transparent in a way and the goal in a systematic manner.

• Along with this, he also stopped the increasing migration from his state, which was commendable work.

So in today's article, we have learned about the commendable step of the Andhra Pradesh and Telangana governments i.e. about e-Sadhana and understood how through E-Sadhana, the government ensures that they get to benefit from the facilities issued to the poor people. Don't be deprived

In today's article, we also learned how both the state governments together put a check on the rising female and child mortality rate in their state and how to control it. And how did it become so important?

If you also liked this article of ours, then please do share it with your friends and relatives.