What is a ration card, what is its importance, why use it as identity proof? Apart from this, how to check the New ration card list, Ration card status, how to apply for this, if you also want to know all these things, then you are in the right place.

Here we are going to include all the things related to this in this article. After reading this post you will get all the information about ration cards.

As you must have heard many times about the ration card, for what purpose it is used. If you understand it in simple words, then it is such a card through which you can get food items such as sugar, wheat, rice, and kerosene at a low price from government ration shops.

Sometimes it is also pronounced as Rashan Card. We have given all the important information about this, so without wasting any time let's start.

What is Ration Card

Ration card is called that document that the state governments issue in their state, through which common people in India can buy food grains and other food items at subsidized rates.

Apart from this, it also serves as the identity and address proof of the person which he/she can use while applying for any other Voter ID or PAN card.

It is an official document that is issued on the orders of the state government and is applicable in the state where the application is made.

The poor get the necessary food items from the ration shop at a low price, apart from this, it is an important document to take advantage of government schemes.

How many types of ration cards are issued in India?

In India, the state governments issue various types of ration cards such as for Antyodaya families, APL (above poverty line), BPL (below poverty line), and high-income people according to the need.

There are three types of ration cards issued in India

Ration Card types on the basis of color

If people have doubts about the color to which class of people it is issued, then here we make it clear. After the details are given below, you will not have any doubt related to it.

White Ration Card – Issued for such people who come above the poverty line. It also acts as an identity card for these logos.

To apply for a ration card, the official website has been launched in various states where applicants can easily apply for it.

Once you apply, you can get the information related to it through the website. After applying, you can check your name in the list which is updated from time to time.

We are giving here all the list of documents that will be required while applying for a ration card. Applicants are advised to keep all these documents in advance.

Every year the ration card list is updated in which the names of new members are added and unnecessary data is removed. For this, some other certificate is required which is required to add new members and remove the name of the member.

Apart from this, to add the name of the new member to the ration card

To remove a member's name 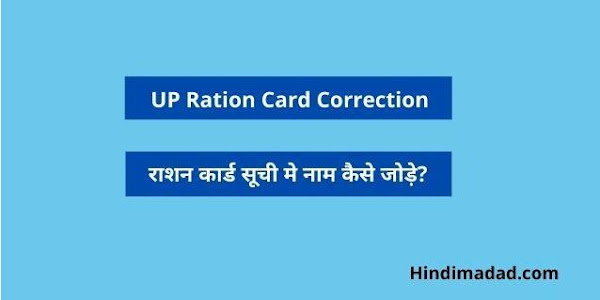